Some comedy sites are all serious. Other comedy sites are all funny. There’s no good reason you shouldn’t have both, which is why A Comedian’s Notebook is an amalgam of the two! News, interviews, satire, listicles, and videos are great, but they all tend to fall starkly on the side of “humor” or the side of “about humor.” “Humor” usually doesn’t tell you much and “about humor” usually isn’t that funny.

The best content is a hodgepodge of funny, informative, and meaningful.. .all at the same time. People should be able to write about comedy and still have a sense of humor about it. Analysis of stand up comedy with a sense of humor – that’s what this is about. That might sound grandiose, but I also used the word “hodgepodge” so how serious can I be? A Comedian’s Notebook: taking comedy seriously, but not too seriously.

A Comedian’s Notebook is written and edited by Stu Melton. A bunch of other amazing comedians also write original articles and humor pieces for the blog. Other (usually) comedian artists make the awesome original art that goes along with it. New articles every Tuesday.

Some pretty cool people think that ACN is pretty cool.  ACN has been featured by Splitsider, The Interrobang, The Comic’s Comic, Chortle, Long Awkward Pause, and Comedy Binge Festival. The blog has also been shared by comedians such as Mike Lawrence and Mike Birbiglia.

ACN in other pubs:

What Your Microphone Grip Says About You, by Stu Melton

How Comedy Podcasts Are Evolving Into More Than Just Talk Shows

How To Produce A Comedy Show: Lessons From The Chaos And Failures Of Jo Firestone

Actually I'm just a half cripple with motor skill problems, but hey, this is a much better explanation of why I hold a mic that way. pic.twitter.com/fhfOKMObH2

Thanks! That was from the book "trust me I'm lying" I was in that podcast. Ryan holiday is a genius. The click/shame culture is wild! https://t.co/MKkwhH3uKv

some facts about Stu Melton

Host of Hyperbole! The Best Comedy Show Ever at The Creek and the Cave (Timeout NY)

Co-Host of the Green podcast 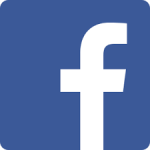 If you have questions or just wanna say “hi,” you can email Stu at stumeltoncomedy (at) gmail (dot) com.